This fall, cozy up with the four deliciously “mysterious” titles by Carina Press featured in this Blitz organized by Xpresso Book Tours.

If you’re in the US or Canada, make sure you join the Blitz-wide giveaway

Mistress of Lies by Holly West

Book description: London, 1679. Isabel, Lady Wilde, mistress of King Charles II, has made a good living disguised as fortune teller Mistress Ruby, counseling London’s elite. But after the murder of one of her customers, business has taken a downturn, and Isabel is on the verge of accepting the king’s offer to move into the palace.

Isabel’s plans are interrupted when a beggar girl named Susanna shows up at her home, claiming to be her niece. Isabel always believed that her older brother, Adam, died alone during the plague. When Susanna reveals that Adam was actually murdered, Isabel is compelled to take up an impossible task: discover the truth about her brother’s death, twelve years after it happened.

Isabel’s investigation leads her through the gamut of London society, from bear-baiting matches and brothels to the realm of wealthy bankers. But as she uncovers her brother’s dark secrets, Isabel begins to wonder whether the past is better left buried—especially when uncovering the truth could lead to her own funeral.

*Be sure to check out Mistress of Fortune, book #1 in this series by Holly West 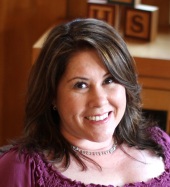 Holly West is a crime fiction writer based in Los Angeles. She’s the author of the Mistress of Fortune series, set in late 17th London and featuring amateur sleuth Isabel Wilde, a mistress to King Charles II who secretly makes her living as a fortuneteller. The first in the series, Mistress of Fortune, was published by Harlequin’s Carina Press in February 2014 and its sequel, Mistress of Lies, is forthcoming in Fall 2014. Find her online at hollywest.com.

With the chaos of summer tourists and fall birders out of town, counselor Patience Price is looking forward to the quiet life she remembers. She longs for some peace. And an apple fritter. But the calm is cut short when a reality show sets up camp to film a special about ghosts on her little island. Now fans, reporters and crew have flocked to sleepy Chincoteague. Who knew ghost hunters had an entourage?

When two cast members are killed in a room at the local B&B—a room usually occupied by Patience’s FBI agent boyfriend, Sebastian—she finds herself on the case. Sebastian doesn’t want Patience ruffling any feathers but, as always, she can’t help herself.

Patience promises to let Sebastian handle the investigation—he is FBI, after all—but after a drive-by shooting, her wicked curiosity gets the best of her. And with the TV show forging ahead with filming, the list of suspects (and the line of food trucks) only grows. But has the shooter already flown the coop? And how do you find a killer when you don’t know who the target is?

*Be sure to also check out the first two books in the Patience Price Mysteries series, Murder by the Seaside & Murder Comes Ashore

Julie Anne Lindsey is a multi-genre author who writes the stories that keep her up at night. She’s a self-proclaimed nerd with a penchant for words and proclivity for fun. Mother of three, wife to a sane person and Ring Master at the Lindsey Circus, most days you’ll find her online, amped up on caffeine and wielding a book. Julie started writing to make people smile. Someday she plans to change the world.

Julie is a member of the International Thriller Writers (ITW), Sisters in Crime (SinC) and the Canton Writer’s Guild.

I’m Floyd—no last name needed, thanks—and I’m a P.I. The only other thing you need to know about me is that I’m not an Elvis impersonator. I live my life fast and hard and yes, in sequined jumpsuits, but more importantly I live my life the way Elvis would have wanted me to. Honestly. With integrity.

It was a tip that the King was still alive and living under an assumed name that brought me to Kresge,

Wyoming. But there’s something bigger than Elvis happening out here. I’ve been beaten bloody by an acrobatic bartender, roped into the search for a missing councilman, fallen for a bearded lady, and threatened by men in black who really don’t want me poking my nose into the town’s business. Half of my leads look like dead celebrities. The other half are either refugees from a broken-down circus or spear-holding Viking wannabes.

I’m in Crazytown, USA, but I can’t leave. Not yet. If I don’t find the missing councilman soon, Kresge will be turned into a Danish-themed amusement park. I’ve never been so close to finding Elvis. And I need to know if my new self-appointed sidekick James Morrison is really who he claims to be.

Ricardo is a writer, creator, and T­shirt collector. He’s written for DC Comics, including work on Batman: Legends of the Dark Knight, Teen Titans Go! and Resident Evil, among others. His short story Death and Life of the Hero appeared in the Gods of Justice superhero anthology and in 2013 was turned into a successfully funded Kickstarter graphic novel, A Hero’s Death, which will be coming out in fall 2014. He was also the Emmy winning creator of the animated series Re\Visioned: Tomb Raider, which was part of Tomb Raider’s 10th anniversary celebration.

When he’s not writing, Ricardo maintains a vintage toy blog, drives 70’s muscle cars, and shops year round for Halloween decorations for his home in California. 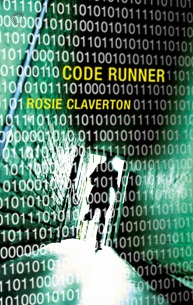 Ex-con Jason Carr has faced down the toughest thugs in Cardiff, but being assistant to a brilliant, eccentric hacker who hasn’t been outdoors in ten years has its own challenges. Still, he and Amy Lane can solve cases even the cops can’t crack. And when a corpse washes up on a beach, Jason can’t resist chasing the clues—or defying Amy by infiltrating the very gangs he once escaped.

Amy is distraught when Jason’s pursuit gets him framed for murder. He’s thrown back in prison where he’s vulnerable to people who want him dead. He needs Amy to prove his innocence. Fast.

But Amy hasn’t been honest with him—her panic attacks aren’t getting better. And now, with everything that makes her feel safe ripped away, she must stand alone, using her technological skills to expose a baffling conspiracy and a new kind of online crime. Can she clear Jason’s name before danger closes in?

*Be sure to also check out Binary Witness, book #1 in the Amy Lane Mysteries.

Rosie Claverton grew up in Devon, daughter to a Sri Lankan father and a Norfolk mother, surrounded by folk mythology and surly sheep. She moved to Cardiff to study Medicine and adopted Wales as her home.

Her first short film Dragon Chasers aired on BBC Wales in Autumn 2012. She co-wrote the ground-breaking series of short films The Underwater Realm. Her debut novel Binary Witness was published by Carina Press in May 2014.

Between writing and medicine, she blogs about psychiatry and psychology for writers in her Freudian Script series, advocating accurate and sensitive portrayals of people with mental health problems in fiction.

Currently exiled to London to train in psychiatry, she lives with her journalist husband and their pet hedgehog.